In 1901, the Illustrated London News commented that “it is actually the fashion in Paris and therefore becoming so [in London], to wear a large ring on every finger, even two or three stacked on some fingers.” This was the onset of the “dress ring” that we now think of it. Before the Edwardian period, rings had been used mainly for the purpose of weddings, religion, memorials. The so-called dress rings prior to the 1900's were normally all gold or semi-precious stones carved with a crest, coat of arms or even a figure from mythology or history. The American jewelry historian George Kunz in Rings for the Finger (1917) mentions the enormous number of dress rings being made in the United States for members of society.Conventional jewelry then underwent a dramatic change with the emergence of the Art Deco style of the 1920's-30's. Therefore, it is this period that most people would associate with the personal adornment of dress rings. The huge size of the rings denoted the change in style during this period, with daring color contrasts, and a mixture of different cuts in geometrical patterns - triangles, hexagons, and trapezoid shapes, which were a completely new phenomenon in jewelry. Many of the new cuts were outlined with Calibre-cut stones. In addition to the contrast of precious and semi-precious, opaque and transparent, lacquer and enamels were also added. Harper's Bazaar summed up the fashionable look for evening wear in 1929 when they wrote, “One no longer sees each finger covered with two or three rings. The chic society wears a diamond hoop wedding ring, and a large solitaire engagement ring mainly diamond, and perhaps one other dress ring to carry out the tone of her dress. The dress ring of this era are mainly large single stones.”

In the 1930s, the geometric outlines of the Art Deco dress ring are exaggerated, but the scale of the dress ring continued to be large and imposing. Those rich enough not to be affected by the Depression wore important sapphire, ruby and emerald solitaires, whose rich, deep color was highlighted by subtle platinum mounts. Barbara Hutton, the Woolworth heiress, to whom money was no object, brought pearl dress rings back into style by having a pearl in her engagement ring.

In this day and age, we as a society tend to be much more casually attired, and even for black tie events, we do not get as dressed up like the decadent 20s and 30s. The royal wedding of Prince Harry to Meghan Markle sparked a latent interest in dress rings, when he gave her a gift of an aquamarine dress ring, previously owned by his mother Princess Diana. Since then, there has been an interest at my store in dress rings, with people asking to see my stock of Art Deco, and also some of my retro dress rings. Maybe the days of style, elegance, and chicness are at last on the return, and for all your needs in this respect, I encourage you to visit my shop Beverley R Antique Jewelry in Chicago. 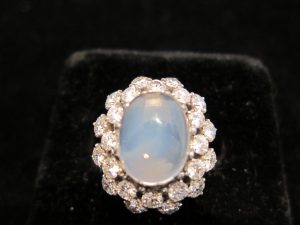 2/ Cornelian Intaglio of Poseidon, set in gold, circa 1890 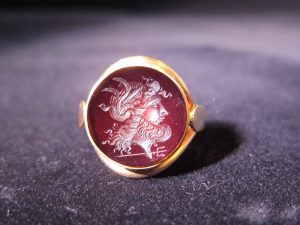 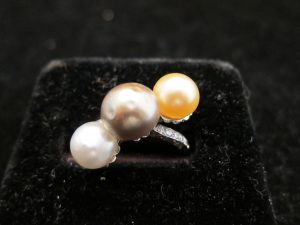 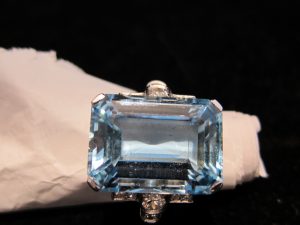 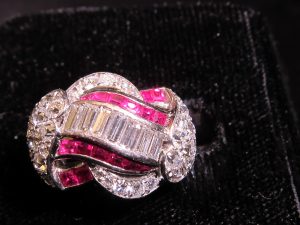 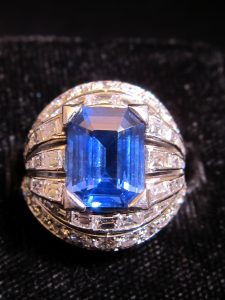 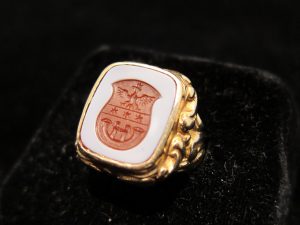